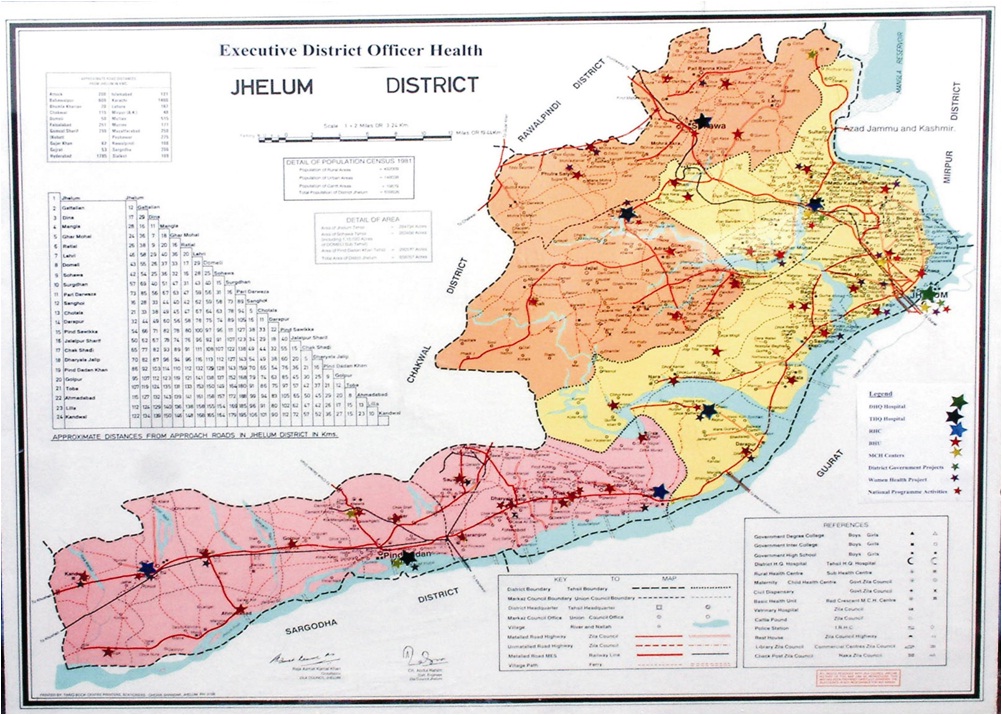 In ancient days Jhelum was known as Jhelum. The word Jhelum is reportedly derived from the words Jal (pure cold water) and Ham (snow). The name thus refers to the waters of a river flowing beside the City which has its origin in the snow- capped Himalayas. It is spread over an area of 35,87 sq Kms having population of 12,80,000.

Persons bounded by Sargodha & M.B. Din Districts to its south Gujrat to its South East, Chakwal  & Khushab to its West and Mirpur (A.J.K) and Rawalpindi to its North. Also known is land of martyrs and warriors. Literacy rate 78 % (highest in Punjab)